To some extent ALL narrators are unreliable
– Wikipedia

Sometimes an author intends for you to distrust the narrator of a story. Their account may be biassed for reasons of prejudice, ignorance, or mental instability. If this is the case, the author should clearly signal details to us which conflict with the spin the narrator is giving.
What is the point of your story? 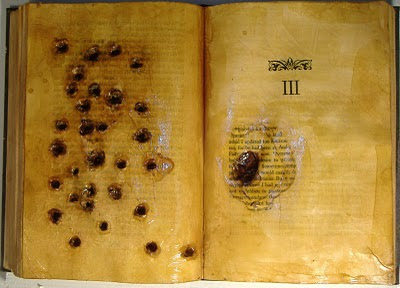 This is the last lecture of this first section of the course, and I'm going to use it to take stock of where we’ve got to so far.

Like all Humanities courses, Creative Writing is intended to offer you new ways of engaging with ideas, and thus falls under the general heading of Critical Thinking. That's what we're always trying to teach - or, rather, encourage you to engage in yourselves. This may seem like a more subjective or impressionistic way to approach it than (say) traditional courses in logic or scientific method, but is it really?

Janet Frame used to refer to the setting for her own fictions as "Mirror City." Mirror City is a place of possibilities, of contingencies. It's where you can try out ideas and attitudes without actually having to embrace or practice them in the real world. What is it like to be a murderer? a bigot? a saint? a wage-slave? a substance-abuser? Fiction-writers use their own imaginations, as well as a good deal of research and leg-work, to persuade us that they know what those things might be like.

Sometimes they're speaking from personal experience, sometimes from the experience of others they've spoken to or interviewed, sometimes from library research, sometimes from pure extrapolation. Mostly from a mixture of the above. Are the results always convincing? No. Often they are, though. It isn't a matter of fooling readers so much as allowing them to enlarge their own sense of possibilities.

When it comes to the free flow of ideas, the combat of hypotheses and theories, creative writing - fiction and poetry in particular - might actually be seen as the ideal place to test-fly and experiment with them.

What ideas and issues are preoccupying you at present? Why not make them the focus of the new story you're composing for your portfolio? Your writing task then becomes finding the best form to express and focus these ideas, rather than formalist attempts to master the features of particular sub-genres.

Raymond Carver's "Cathedral" is (on the surface) a characteristic piece of American minimalist fiction, stocked with close, circumstantial detail. But what is it actually about? Why is this visit from the blind man to the not-particularly-happy couple significant? Maybe what it turns out to be about is what this whole course is about.

Why is it called “Cathedral”? What are the resonances of that word? Of the experience the narrator shares with Robert, his guest, as they draw on that piece of paper?


My eyes were still closed. I was in my house. I knew that. But I didn’t really feel like I was inside anything.

“It’s really something,” I said. 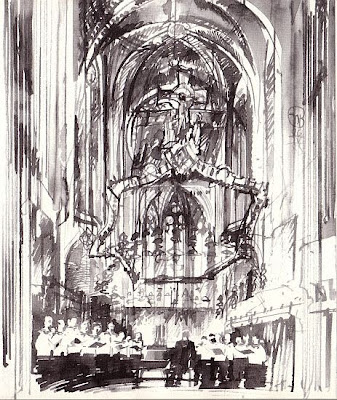