Aristotle's definition of character hinges on what people do, not what they feel or think. To him, the point of drama - or, in our terms, fiction - is to put people into situations where they reveal the essential features of their character through their actions:

One should not show worthy men passing from good fortune to bad. That does not arouse fear or pity but shocks our feelings.

Nor again wicked people passing from bad fortune to good. That is the most untragic of all, having none of the requisite qualities, since it does not satisfy our feelings or arouse pity or fear.

Nor again the passing of a thoroughly bad man from good fortune to bad fortune. Such a structure might satisfy our feelings but it arouses neither pity nor fear – pity for the undeserved misfortune, fear for the man like ourselves …

There remains then the mean between these. This is the sort of man who is not pre-eminently virtuous and just, and yet it is through no badness or villainy of his own that he falls into the fortune, but rather through some flaw in him.

There are a number of other ways of defining and accounting for various features of human character. Dominant among them (at least until the eighteenth century and the so-called "Age of Reason") was the theory of the humours, and the elements which gave rise to them: 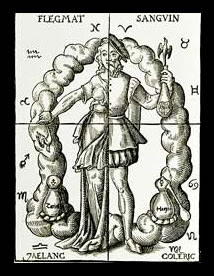 The Theory of the Humours:


Nowadays various theories of character proposed by psychologists have largely replaced the humours, though it's doubtful if any of them are much more than generalisations for convenience:

The Jungian Theory of Character:


Keep thoughts to yourself

Show energy and enthusiasm for activities

Attracted to action and activity

Act before you think

Say things before thinking them through

Think out loud while talking to others


Think ahead, then respond to others


At this point it's important to note that writers and psychologists have different (though overlapping) reasons for being interested in character.

Psychologists (for the most part) want to classify human beings into groups as a way of promoting understanding of common motivations and aberrations. It's a very practical necessity - a means to an end.

Fiction writers, on the other hand, are more interested in portraying the infinite variations and uniqueness inherent in human character. They stress individuality rather than the collective. This, too, is a very practical necessity of their calling. Interchangeable characters are about as interesting as sardines in the long run. Fiction needs a certain particularity to persuade us to go along with it even for a short time, let alone for the length of a whole involved plot.


Having said that, clearly different types of fiction require different emphases, when it comes to character creation.

A character like James Bond occupies a very different universe than a character like Hamlet, even though they are both the central protagonist in violent, involved dramas. "Hamlet" is about character, about the possibilities and limitations of human character in a way that (say) Goldfinger or Quantum of Solace are not.

It's not that one type of work is necessarily better than the other (though it's doubtful that people will still be enjoying Bond films in 400 years time - presumably other types of action fiction will have superseded them long since). More that there's a type of character development which is appropriate to each type - or genre - of fiction. 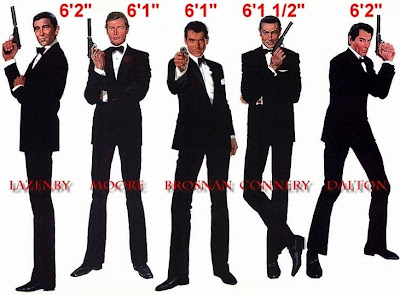