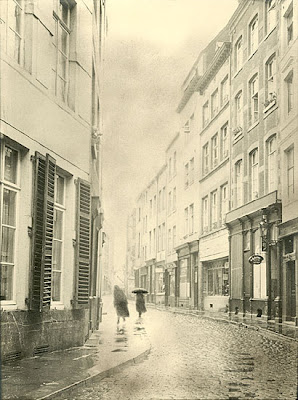 
Simile [one thing compared to another]:


my Luve's like a red, red, rose
[Robert Burns]

Metaphor [one thing described as another]:


A violet by a mossy stone
Half hidden from the eye!
– Fair as a star, when only one
Is shining in the sky.
[William Wordsworth]


50 head of cattle
Mouths to feed
Hands to the pump

In one of his lectures on poetry, the great Argentinian writer Jorge Luis Borges comments that the Chinese metaphor for "everything" is "the 10,000 things." He goes on to speculate that if one took every one of these 10,000 things, and compared to every other one in the list, one would arrive at a grand total of 99, 990, 000 possible metaphors in the world. (Jorge Luis Borges, This Craft of Verse: The Complete Norton Lectures delivered at Harvard University. 1967. Cambridge, Massachusetts: Harvard University Press, 2000.)

That might seem a bit fanciful, but I think the point he's making is that the idea of comparing one thing to another thing, either through metaphor or simile, is one of the oldest poetic techniques known to man.

The other main branch on the tree of rhetorical figures up above is metonymy, which is the idea of taking one part of something to stand in for the whole: your wheels for your car, your threads for your suit, etc.

Metonymy, then, invents nothing: it simply condenses and simplifies the things we see around us. Metaphor, on the other hand, tries to set two different things (one present, one imaginary) side by side in your mind.