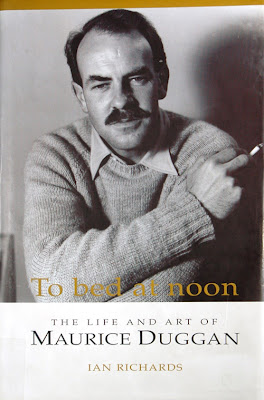 The Devil is in the details
– Proverbial

In reading, one should notice and fondle details. There is nothing wrong with the moonshine of generalization when it comes after the sunny trifles of the book have all been lovingly collected. If one begins with a ready-made generalization, one begins at the wrong end …
– Vladimir Nabokov


James Joyce is considered one of the great masters of modern fiction. Why? Some would say that it's because of his technical innovations: writing a whole novel (Finnegans Wake) in the language of dreams; encapsulating the action of a single day in the city of Dublin in one long, complex narrative (Ulysses).

Others (myself included) would say that it's his mastery of minutiae - the precise and telling image or word - that makes his work so rewarding to study in detail. Let's see what that means in practice:

Maria was a very, very small person indeed, but she had a very long nose and a very long chin. She talked a little through her nose, always soothingly … [p.135]

… Maria had to laugh and say she didn’t want any ring or man either; and when she laughed her grey-green eyes sparkled with disappointed shyness and the tip of her nose nearly met the tip of her chin. [p.136]

And Maria laughed again till the tip of her nose nearly met the tip of her chin and till her minute body nearly shook itself asunder, because she knew that Mooney meant well, though of course she had the notions of a common woman. [p.136]

… she looked with quaint affection at the diminutive body which she had so often adorned. In spite of its years she found it a nice tidy little body. [p.136]

… she was a long time in suiting herself, and the stylish young lady behind the counter, who was evidently a little annoyed by her, asked her was it wedding-cake she wanted to buy. That made her blush and smile … [p.136]

… an elderly gentleman made room for her. He was a stout gentleman and he wore a brown hard hat; he had a square red face and a greyish moustache. Maria thought he was a colonel-looking gentleman … she thought how easy it was to know a gentleman even when he has a drop taken. [p.137]

At the thought of the failure of her little surprise and of the two and fourpence she had thrown away for nothing she nearly cried outright. [p.137]

She felt a soft wet substance with her fingers and was surprised that nobody spoke or took off her bandage. There was a pause for a few seonds; and then a great deal of scuffling and whispering. Somebody said something about the garden … [p.138]

… and when she had ended her song Joe was very much moved …. His eyes filled up so much with tears that he could not find what he was looking for and in the end he had to ask his wife to tell him where the corkscrew was. [p.139] 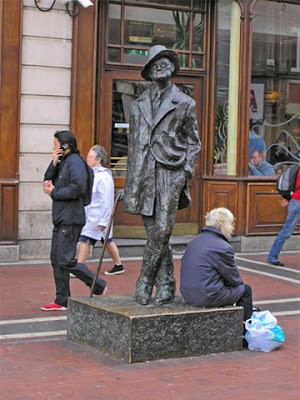